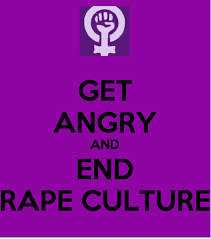 This is a freaking outrage!!! As if the slimy judge who already let this rapist off with a slap on the wrist with 6 months jail time…It has not been confirmed that Brock Turner the Rapist is due to be released from jail on September 2nd….yes, that is three months from the day he was sent there!!!!

When I first read this I could not even believe it! This whole entire situation is just disgusting!  And now it has got even worse!! What in the hell kind of society do we live it?!

Not to mention…talk about white privilege….So, if you are a white male with money you can pretty much get out of anything! This world just get’s sicker and sicker every day!

If you are not familiar, his accuser recanted her claims, after Banks had already served 5 years in prison….I can only imaging how hard this case would have been to prove, especially compered to Brock Turner the Rapist’s case which was open and shit with witness and their involvement.

I hate the people who falsely accuse others of rape, because it is so hard for rape victims to get justice (look at the Brock Turner Rapist case, open and shut and still no justice). But the fact of the matter is that false reports of rape equal the exact same (percentage wise) as all other crime false reporting (murder, larson, robbery…). It really sucks when an innocent person accused of Rape goes to jail, because so many actual rapist don’t even make it to court, let alone are they convicted.

But in the case of Brock Turner the Rapist, I would be anything that if wasn’t white…he would have been put away for a long time.