I read this article that I am posting  (link provided ). It raises a great point,  and shows how ridiculous it is that in 2016, this is still an issue /question that society and even our courts seem to have a hard time getting through their heads.

“Are we seriously still asking this question?

Over at the New York Times, Katrin Benhold is asking “is it rape?” if you have sex with a woman while she’s sleeping. Really, though? This is confusing for people?Yes, if you penetrate someone while they’re asleep and they therefore could not possibly have consented to being penetrated, that is rape. I’m pretty sure that if I were having a sleep-over with a dude and he woke up to find that I had stuck a dildo in him, there wouldn’t be much question as to whether or not that was an assault — even if he had consented to having sex with me the night before.

As Lindsay says, unconscious people can’t consent to anything. Think of it like this: Your partner might have consented to your feeding him chocolate cake for dessert. It doesn’t mean you can shove it down his throat while he’s sleeping. In fact, if he woke up to you shoving chocolate cake down his throat while he was sleeping, he would probably be very upset, because that shit does not feel good when you aren’t ready for it, even if you usually really like chocolate cake. And I think we would all agree that someone who forcefully shoves cake down the throat of a sleeping person is beyond terrible and also a dangerous person, and that reporting such a person doesn’t “cheapen” any other accusations of attempted smothering or asphyxiation.

So, yes: Putting a penis (or a finger or whatever else) into an unconscious person is rape. Next up, the New York Times tackles the tough question of whether it’sreally assault to punch someone in the face if they let you touch their cheek the day before.” 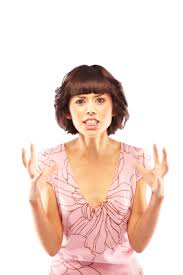 One thought on “Are we seriously still asking this question?”