The above quote has always been a favorite of mine since as far back as I can remember. Since being raped, and disclosing that to people, both people I wanted to , and publicly, before I was ready – in an effort to raise money for The Boston Area Rape Crisis Center (of course it was my choice to do so, but I would have much rather preferred not to) , additionally, having to look for a roommate, they all ask why my roommate is gone, and I can’t lie. While with the roommate situation I start by saying that he was

removed by the court, they always ask why, and I can’t and will not lie about that; for two reasons – 1. I don’t lie…..ever, 2. this is going to be an ongoing court dilemma no matter what way you slice it, that I am going to make sure on, so any future roommate will/could potently find out the real reason. I refuse to be made a liar!

That being said, every single person who has been made aware has said (friend, family, acquaintance, friend I don’t talk with much, or stranger) something along the lines of “That is awful, I am so sorry…xyz…” Now, my next statement is not being made to take away from that. I believe that everyone, even (most) strangers are

genuine with what they are saying. That being said, what I realized today, while speaking with a woman from my local senator’s office was….well, she said(something along the lines of), and there was a preface to this, but,” I think that you are so strong and brave for standing up for yourself, advocating, and fighting for
your self, it is very brave of you and I am glad that you are doing that, and you should keep fighting”.

This was not the fist time that I have been told something like this. I have been told similar remarks from family, friends, BARCC staff and volunteers, as well as other services that I have seeked out to help me. I don’t know why it has taken this long, with so many people telling me the same thing in different ways (and even the same words) to believe it, but I am finally starting to understand.

Every day I research about rape. I know that so many victims do not come for
ward, fight, or even talk about it…and I know exactly why! What makes me different? Maybe I should credit the person who molested me as a child? Or maybe I am strong willed, or maybe….I don’t know? There is so much stigma, pain and anguish attached with reporting and fighting, but at the same time, I can’t bear what comes along with being silent.  I pass no judgement on what other victims choose to do because I am not in their shoes, I am not them. I support a victim and their right to choose the best option for them…PERIOD! And to hell with what anyone else thinks!!! We are not all the same, our coping is not all the same (mine is not good at all right now), and out individual experiences and life in general is not the same. I get it, why people want to stay silent…there are a million and a half reasons. I

personally feel that it is my duty to do something to help to stop rape in it’s tracks the best I can. I don’t know why, I just do.And I plan to be successful with that or at least improving it before my time on this earth is complete.

I am just feeling so grateful for the support from family, friends, acquaintances, strangers, people helping me, followers and readers of my blog, it is all of you who have been driving my strength that I feel like I didn’t have (oh, and I cannot forget, the undying love and affection and extra everything my two dog’s have been giving me since I have been raped…even though that includes their heightened awareness and stress which has lead to more barking than usual….causing me more stress, but I know that they mean well).. If it wasn’t for all of you…equally, I can honestly say that I would not be here today. And for that I am truly
grateful! 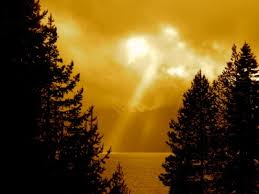