Carl-Fredrik Arndt and Peter Jonsson are the two young men who came to the rescue of the victim of the rapist – Brock Turner.

What these men did is something that everyone should realistically be doing for one another…looking out for each other. That being said, many people find it hard to get involved; whether it is because they are scared, worried that it is not their business, or that they simply just don’t care. 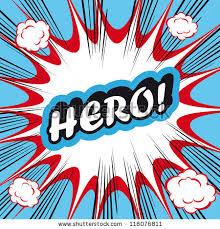 Not only did these hero’s witness and stop the rape in progress, they chased the rapist down and held him until officers arrived. That is just beyond admirable. This world needs more people like these two young men.

While both Carl and Peter initially choose not to comment on this issue, once supports of the rapist began to “bash” the victim, they choose to publicly provide an account of what they saw that night.

“We can see that she isn’t moving at all but he is moving a lot. So we stop and think that there is something strange going on,” – Carl Fredrik Arndt

“Peter walks over and asks what he is doing and I am following him. When he stand up we see that she still isn’t moving, even the slightest, so we approach and ask something like: ‘What the hell are you doing?’” – Carl Fredrik Arndt

When Peter received the letter from the victim he posted it on his Facebook and encouraged others to read it.

“Thanks to everyone, friends and strangers, for all the encouragement and support over the last days and months. At this point I will not publicly comment on the process or the outcome of the trial. However, I do ask all of you to spare a few minutes and read this letter written by the Victim.”

“To me it is unique in its form and comes as close as you can possibly get to putting words on an experience that words cannot describe.” Peter Jonsson

Carl and Peter speak out on what the “sex offenders supports had to say” in the attached video (link at top of page). These men are very admirable in my opinion. Even though the rapist got pretty much a slap on the wrist, the sad truth is that if it wasn’t for their actions, the chances of the rapist getting a sentence far less sever to possibly the case not even making it to court is a sad reality many victims have to face every day.

This woman had all the right circumstances, she wound up in the hospital (though if you read the full story it is devastating that someone had to explain to her what happened to her) she had witnesses. None if this makes it any easier for her at all, but it creates a very strong case for court. Many, like mine, will never make it past a DA’s desk. My point is despite all that, the creep still get’s off easy. Anyone who is a supporter of Brock Turner the rapist, or anyone who has raped is a supporter of rape themselves. I commend Carl and Peter, and all individuals who take a stand in the face of and the fight against rape.